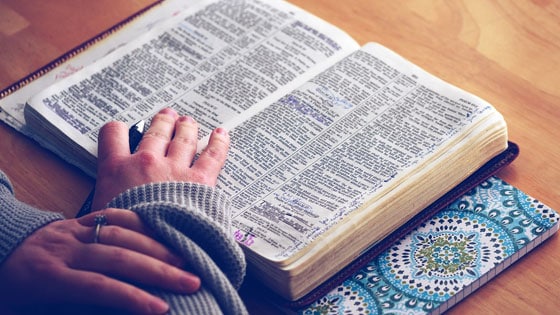 Famous marriage researcher, Dr. John Gottman, studied marriage for decades at the University of Washington in Seattle. He now trains therapists and writes books on his findings. He actually had a “love-lab” where couples came and lived, and were observed via hidden camera. These couples were also wired to biofeedback machines to determine their levels of stress as they interacted. Dr. Gottman and his staff studied the interactions of these couples as well as their stress levels and carefully calibrated them on a daily basis. They found that couples who possessed certain unhealthy behaviors and styles of communication were more likely to divorce, and couples who possessed specific positive behaviors stayed married over time.  The top four unhealthy communication patterns that can predict divorce in couples are listed in this article.

Because of his extensive research, Dr. Gottman can predict, with over 90% accuracy, which of the couples who come to his lab will divorce and which ones will stay together. His findings have basically cracked the code to marital relationships. If couples become intentional and avoid these predictors of divorce, it has been proven that they have a much greater likelihood of staying together for the long haul.

Years ago when we first read Gottman’s findings in professional journals, we thought that they seemed familiar, that somehow we had read them before. Turns out we were kind of right. Our pastor who did our premarital counseling gave us a Living Bible  as a wedding gift and told us that the book of Proverbs had 31 chapters filled with good relationship advice. He called it an ancient marriage manual and instructed us to read a chapter every day for the first year of marriage. About 6 months into reading we started writing topics in the margins like communication, shutting down and conflict resolution. The amazing thing is that these topics are included in what Dr. Gottman and his team of behavior scientists found, and it was written in the scriptures thousands of years ago. The book of Proverbs is a book of ancient Hebrew wisdom. The writer of this book gives us clear ways to practice godliness in all relationships, especially marriage. Just look and see how Dr. Gottman’s research and the wisdom in Proverbs go together. Let’s examine his findings. The first predictor of divorce is criticism.

Typically Dr. Gottman found that most marital conflicts start with criticism. He found that wives are more prone to criticism than husbands. It seems that the wives see themselves as the gatekeepers of relationships and often bring the thorny issues to the table. This is mainly because of how the female brain works. The emotional part of the brain for females is larger than males making them notice issues like time spent with children, chores and relationships issues. Men seem to be more forward focused and not encumbered by extraneous concerns so they can actually walk over a pile of laundry, or a child crying without noticing. For this reason the females tend to introduce conflict and typically they did so in the form of criticism.

Gottman found that both healthy and unhealthy couples had conflict, but the difference was in how they managed it.  It is not that he believes that couples can live without criticism altogether. That would be impossible. He just found that spouses should criticize behavior not character. They should also do it softly and in a loving manner, not in a harsh or angry tone. He calls this a “soft start up” and couples who share criticism in this manner have a high predictability for marital longevity.  In other words, instead of saying, “Why are you so irresponsible with money?” you should say, “When you fail to heed our budget I feel afraid that we will get  into financial difficulty.” The latter statement goes to behavior, not character, and gets the job done more softly. The book of Proverbs says: “A gentle (soft) word causes life and health, griping brings discouragement” (Proverbs 15: 4). Proverbs 17: 9 says, “Love forgets mistakes, nagging parts the best of friends.”

This is the next predictor of divorce and the good doctor found that most men meet criticism with stonewalling. In fact men were far more guilty of stonewalling than women in his research. Stonewalling is defined as avoidance of the issue in any way possible. It can be verbal, “Why are you bringing this up and ruining a perfectly good evening?” or “I refuse to discuss this now,” or nonverbal like walking away, gesturing, or pouting. Women can also stonewall, but statistically men seem to reign supreme in this area. The problem with stonewalling is that difficult issues do not get resolved and resentment grows. The healthy way to resolve conflict is to learn to communicate in positive ways and bring closure to difficult issues when possible. We suggest using the tools of the Soul Healing Love Model such as the GIFT or Digging Deeper Exercises. For more on how to use these go to www.rodgerscc.com.

The book of proverbs talks about accepting criticism and responding in healthy ways when spoken to. Proverbs 24: 6 states, “It is an honor to receive a frank reply.” Proverbs 25: 12 says, “It is a badge of honor to accept valid criticism.”

Dr. Gottman found that both genders were equal opportunity offenders of this predictor of divorce. Basically, defensiveness is just what it says it is. You defend; instead of seeing what part of your partner’s criticism might be true, you simply defend your point and desire to be right. Often times, the more the wife hurls details of wrong doing to the husband, the more defensive he becomes. He then starts to make excuses, lay blame, or develop some criticisms of his own. “I’m only doing this because of you,” may bluster out of his mouth. This ignites her defensiveness and they both protect, and fortify their perspectives. This leaves little room for them to see their partner’s perspective and also to see what part they may be playing in the conflict.

Let’s face it, there is a little truth in almost every criticism. Defensiveness keeps you from finding it. Here is what Proverbs says. Proverbs 11:29, “The fool who provokes his family to anger and resentment will finally have nothing worthwhile left.” Proverbs 12:16, “A fool is quick tempered; a wise man stays cool when insulted.” Proverbs 13:3, “Self-control means controlling the tongue! A quick retort

can ruin everything.” And finally Proverbs 14:1, “A wise woman builds her house, while a foolish woman tears hers down by her own efforts.”

Criticism begets criticism, and defensiveness begets defensiveness. No one is truly being heard when this happens.  Because each partner has been wounded, and attempts to heal these wounds have been unsuccessful, each person begins to build resentment and even unforgiveness toward his or her mate.  Their souls no longer feel nourished and safe.  Their needs are not being met as they once were. This leads to the last predictor of divorce, contempt.

Living in the negative state of the criticism/defensiveness pattern can quickly move a couple downhill, in terms of building a caring warm relationship.  Some even quit.  They may quit literally, or emotionally, by having an affair or diving into television, work, or children. Either way, they are emotionally disconnected.  The pain of this behavior pattern causes contempt.  All the passion and energy that once filled the relationship has now turned into a seething ember of hostility in their souls.

This anger can move on the continuum from mere apathy–I don’t care, I’ll just do my own thing, and get my own needs met–to pure hatred–I cannot forgive my mate or trust him or her again.  This bitterness and resentment can cause a couple to be overwhelmed with negative emotion.  Because of this they have a hard time seeing anything positive in the marriage at all. Gottman calls this state “Negative sentiment override” because everything the partner does is seen as negative. Even if they are in therapy with us and one mate really starts trying and doing their therapy homework, the other mate is likely to see this with negative sentiment and say, “You are only doing this to impress the therapist!” This contemptuous line of thinking can cause the marriage to deteriorate quickly. The writer of Proverbs says, “It is better to live in a corner of an attic than to dwell in a beautiful home with a cranky quarrelsome woman” (Proverbs 25: 24). Proverbs 26: 21, states, “A quarrelsome man starts fights as easily as a match sets fire to paper.” Proverbs 30: 33, echoes, “Anger causes quarrels.”

Years after Gottman published many of his findings we had the honor of meeting  him and his team. They were actually putting together a manual for Christian Counselors to use along with the Gottman Method of counseling. We offered our research to his team to be a part of the publication, again, another honor. We share with our couples in marital therapy that  simply reading these proverbs on a regular basis and doing the best you can to carry out their wisdom can go a long way toward preventing the unhealthy patterns of criticism, stonewalling, defensiveness and contempt that eat away at your relationship and possibly lead you to divorce. It is amazing that so much of what Dr. Gottman proved was actually in Scripture. It seems that healthy relationship skills are indeed universal!

Scriptures found in The Living Bible.

How to Accept the Unacceptable?

How to Survive the Covid Quarantine

How do I Handle my Emotions During Covid-19 or Any Crisis?